Starting at 0800 this Friday, a hardy band of pioneers will embark on a once in a lifetime opportunity to go down in history. To become legends. In their attempt to complete 100 miles of woodland hills and trails in the unique and wonderful Wendover Woods.

With 20,000ft of climb and descent, a 32 hour time limit and 10 laps in front of them, this will be a tough race to finish. We anticipate our average finish rate at 100 milers of 65% across the past 9 years, to drop below 50% this time. But that will simply make the achievement of finishing that much greater.

The weather looks warm, possibly wet at times, but the trails are currently in peak condition - fast, groomed and ready for some stellar performances.

For a small starting field, the race has attracted some top runners to race and it will be a true test of their mettle to see who can not only survive the course but to race it too.

Leading contenders are as follows.

Stuart Leaney: The king of Wendover Woods 50. Stuart won the last two editions of that race both in course record times. On route to a 7:16 winning time in 2018, his second lap was a blistering 1:21, the fastest lap we have seen around that course by over 30 seconds per mile. He's been focused on this one and comes into it off an NDW50 (a race he won in 2018 also) which was not his best effort but came at the end of a big training week. It is however, his first 100 miler. Can the king double the distance and perform at the same level. 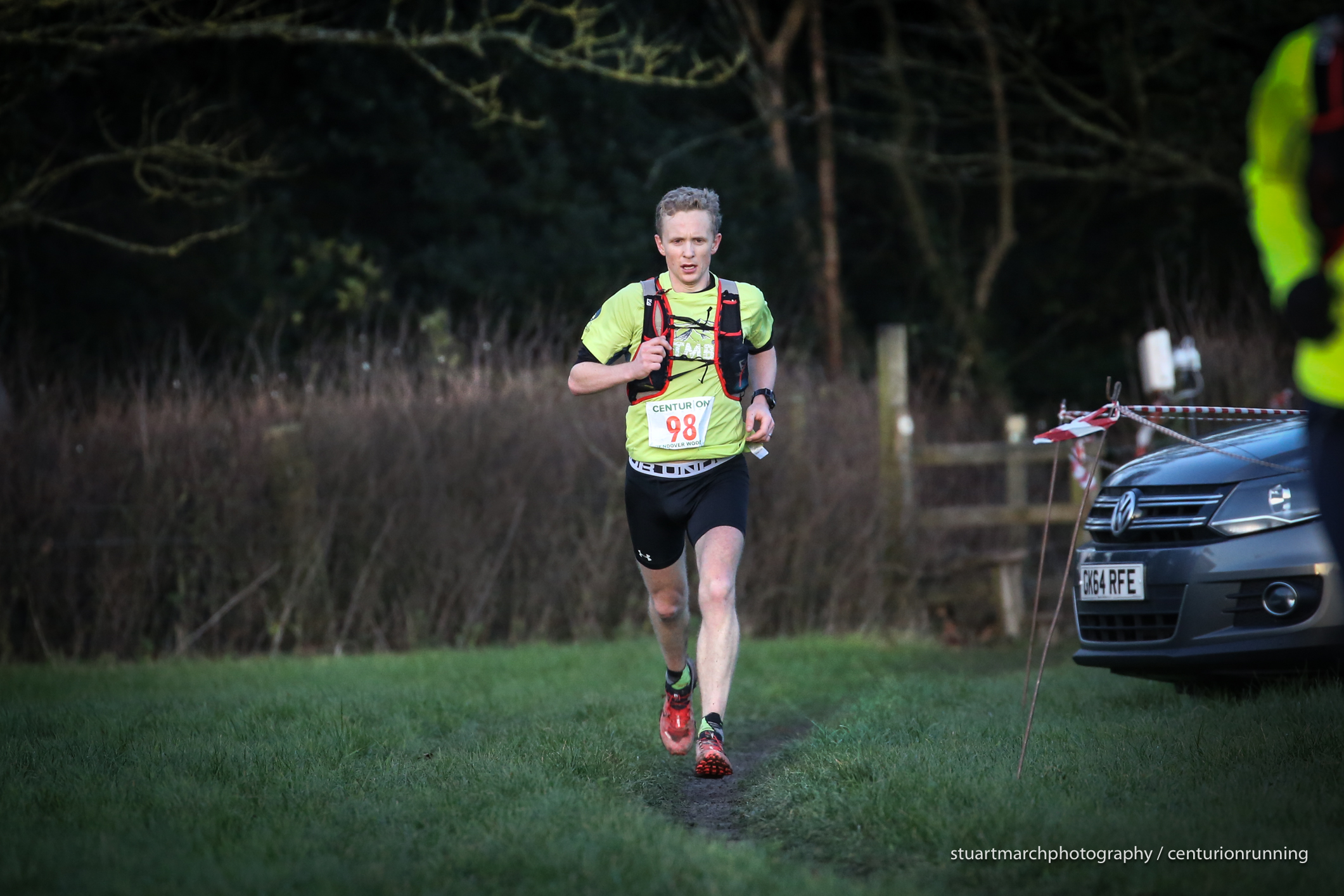 Stuart Leaney striding to victory at WW50 in 2017

Ian Hammett: This years TP100 champion, Ian also finished third at the SDW100 last month. He is running all five of our 100s this year, and looking at adding Spartathlon in to boot. Is he recovered? If he is he can add yet another crown to his roster.

Warwick Gooch: The previous Grand Slam record holder is back to run a 10 x 10 mile loop tough 100. The last time he did, he walked off with victory at Caesars Camp 100 before that race ceased to be held. How well he did that day will still be a fond memory for him and certainly he knows how to execute the tough races well.

Nick Greene: Nick has become one of the more experienced runners on the scene in recent years and has run consistently at a high level for a number of years. His best results have been a second at the TP100 and a 4th at the NDW50. He has finished the SDW50 seven times, all of them in the top 10 mens positions including this year. He knows the course like the back of his hand as a regular marker for us here. It will be great to see him go long.

Just seven women line up to take on the 100. So we'll preview all of them! 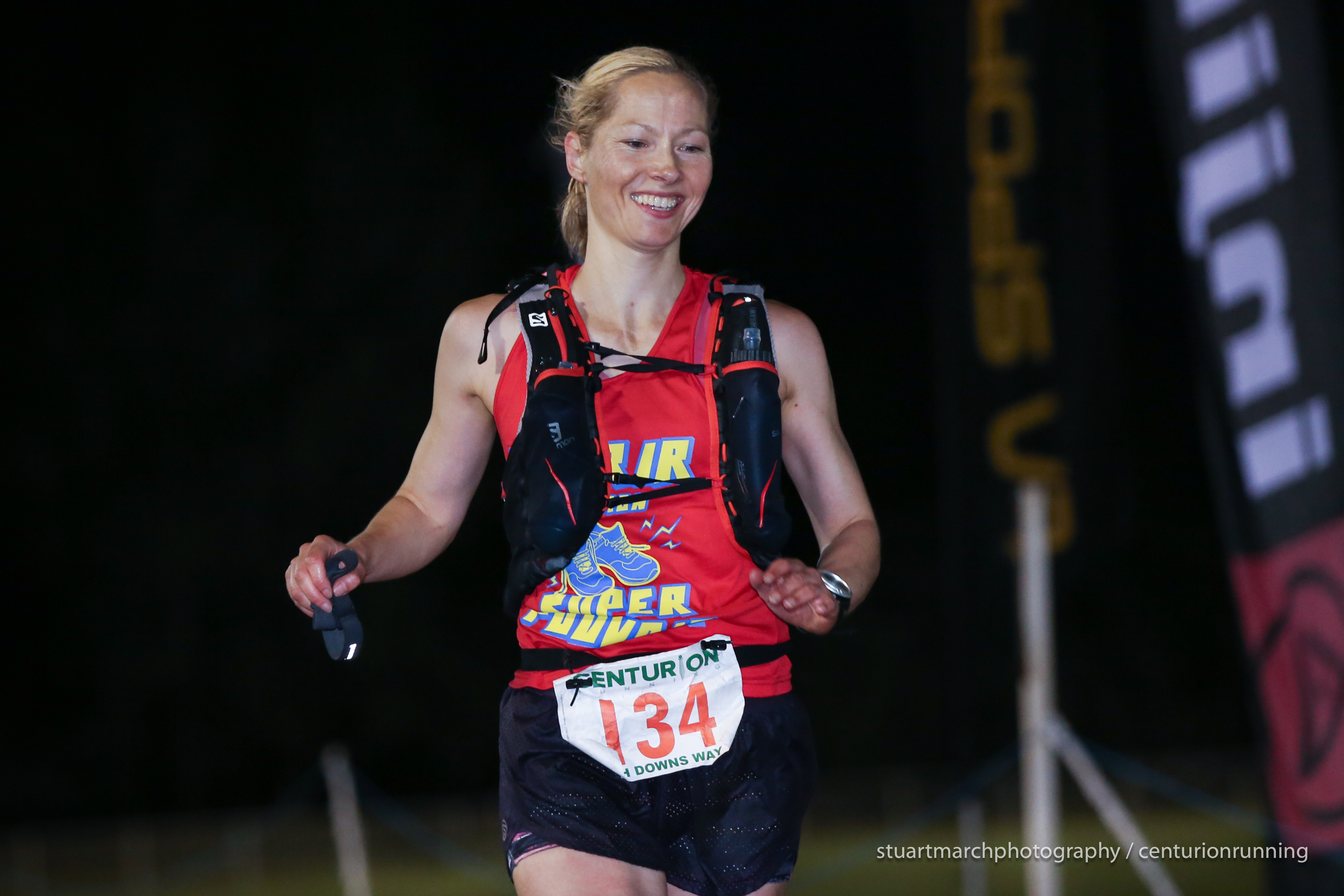 Anna Troup: Anna has a range of super results behind her. In 2019 she has already finished second at the Arc of Attrition 100 and first at the Oner. In the past she also has podiums at the Thames Trot (1st), Ultra Trail Snowdonia 50 (2nd) and CTS Sussex (2nd). She is also a previous finisher of UTMB.

Alexandra Duesbury: Alexandra has twice finished the Wendover Woods 50 and loves it enough to consider the ten lap version. This won't be her first 100 having finished the Autumn 100 just last October.

Tracey Watson: Tracey holds some incredible records with us. She has finished 29 Centurion events to date and has finished the double slam each of the last three years in a row.

Sheila Rose: Sheila finished our 100 mile Grand Slam last year and has a couple of other 100s to her name, both at Robin Hood 100 in Nottinghamshire, amongst many other ultras at a range of distances.

Starting 15 hours after the 100 mile has begun, at 2300 on Friday evening, a group of night owls will begin their first of 3 laps around the Wendover route. They need to be done by 0830 on Saturday morning to make the cut off. This is a new format and a new distance for us, but it has attracted a lot of familiar names.

Dan Lawson: The Centurion Ultra Team runner, Dan is the co-host of the best podcast available anywhere, See link here for further details. He also happens to be one of the most decorated ultra runners of our generation and arguably the best long distance runner we have seen in the UK for a long time. His accolades are too long to mention but top of the pops include being European 24hr Champion. Course Record holder at GUCR, The Ridgeway, RAT - The Plague, Ultrabalaton, Ultra Trail Gobi, Steenbergen 12hr, Downslink - the list goes on. He has also been 2nd at Spartathlon and 3rd at Badwater. In 2019 he has already set a British 6 day road record, with 920km. Yes this is just a training run for him but Dan will still want a win on route to his main focus this year, the World 24hr champs. 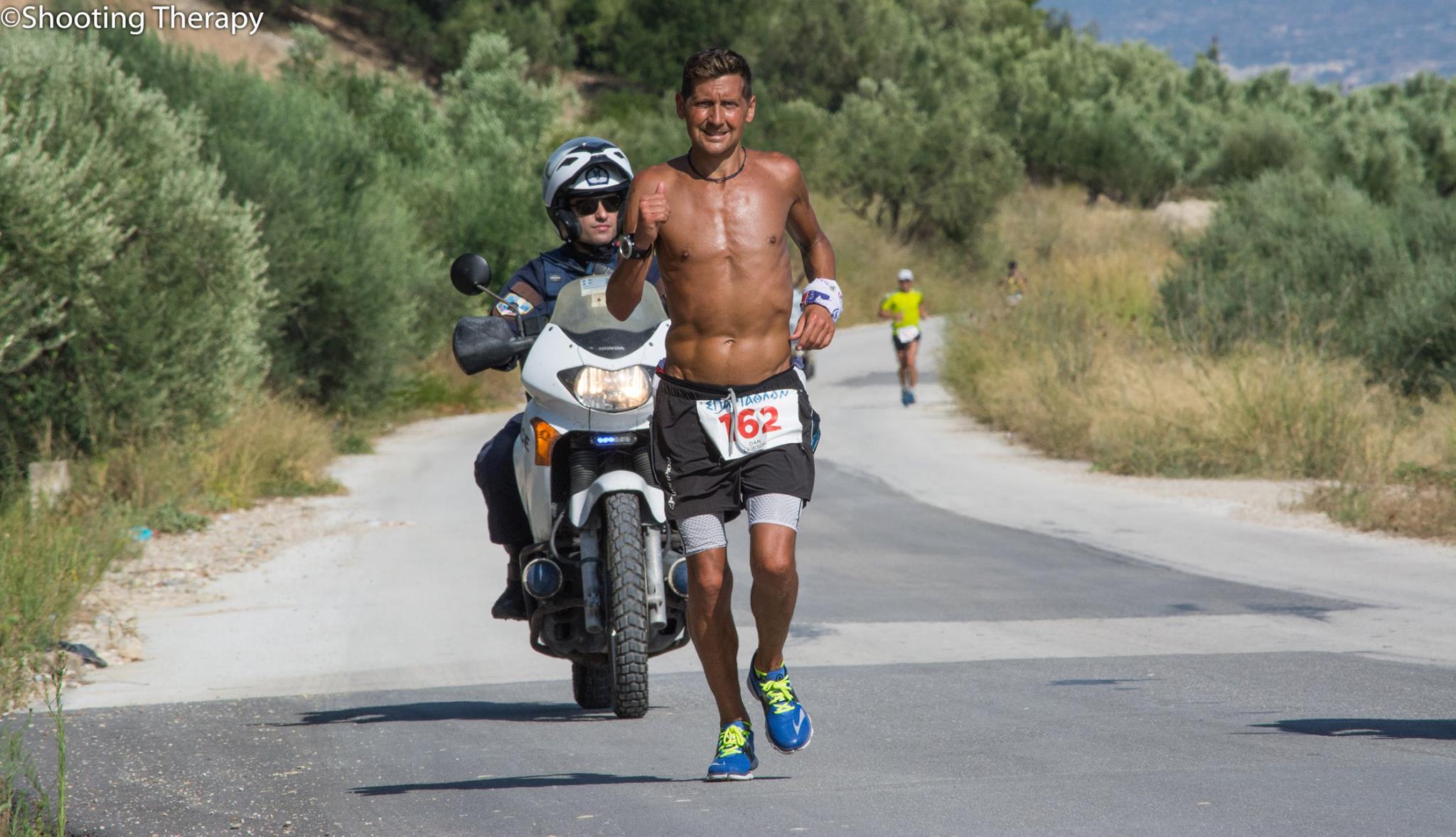 Dan in action on route to 2nd at Spartathlon. Photo c/o Shooting Therapy

Neil Martin: Neil is one of the rare few who has actually beaten Dan at an event, when he took home first to Dans second at the Arc of Attrition 50 this past February. But the author of this post may be accused of having slowed Dan down a little in the first half. Neil is running the 50 mile slam this year and is off to a tremendous start, leading the rankings by a large margin after the first two, solid top ten finishes.

Paul Russhard: Paul stepped up his game recently with a superb run at this years NDW50 for 2nd. He is fast over shorter stuff and likes the hills so this will suit him. I think we will see him go out hard here.

Tomasso Migliulo: Tomasso took home a strong third at the Wendover Woods 50 last November. He has also podiumed at the SDW50 and the Eiger Ultra Trail 85km. With top ten finishes at the V3k and Lakes Sky ultra this is flatter than he is used to and that could play in his favour.

Paul Radford: Paul is local to the area and has some great results in recent years and some more echoing back further. Most notably he ran 224km at Barcelona 24hr in December last year. He's also won the Wendover Challenge with 67k in 6 hours around a flatter route in the woods. Lots of top ten finishes at other events preceed those including a best of 2nd place (twice) at the Ridgeway Challenge including 2018.

Mark Shannon: 11th at WW50 last November, finished UTMB alongside Kevin above in 2016.

Christine Howard: Christine has had a lot of strong performances at a range of different ultras spanning back 7 years but last year was her strongest. Her best results from 2018 included podium finishes at the SDW50 and Chiltern Wonderland 50 in alongisde a win at the SVP100km.

Melanie Frazier: Melanie picked up third at the SDW50 in 2017 and has also finished on the podium at Salisbury 50km and the Mendip Marauder 50. 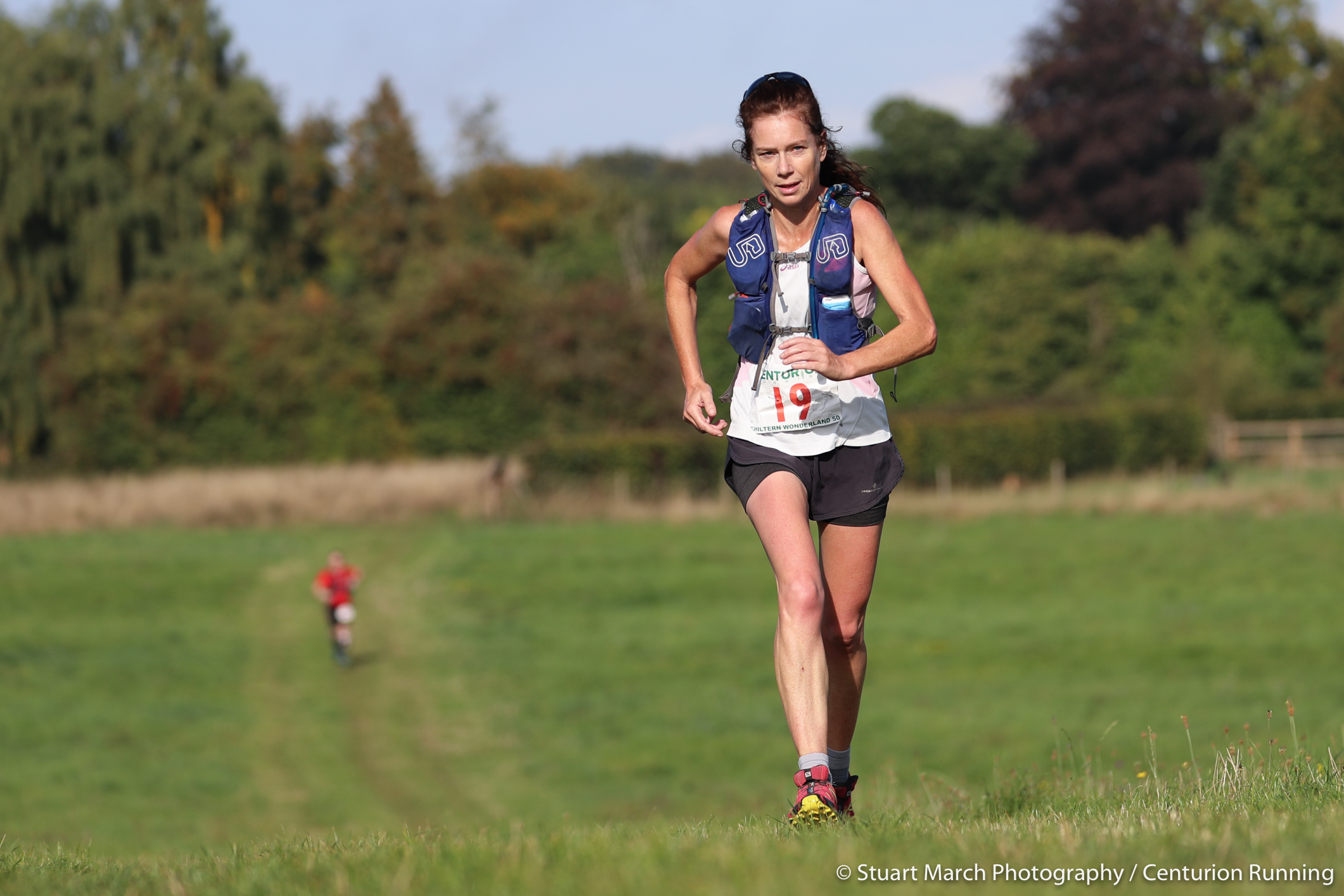 Christine on route to 2nd at the 2018 Chiltern Wonderland 50