A beautiful weekend to be out on the river, the eleventh edition of the TP100 was a far cry weather wise, from the rain soaked 2021 race. Kicking off the report, here's a quick snapshot of the weekend from our man with the camera, Steve Ashworth.

There is always something to cause that little bit of last minute stress with a 100 miler and instead of the weather this time, it was an enforced diversion just after the half way mark. The Environment Agency had closed the footbridge between Henley and Shiplake on the Friday afternoon, with no warning. So a 2.5 mile diversion was added at the last minute. However, it cut 1 mile of the regular TP off and we were able to shave another 0.5 miles on the entry to Home Park in Windsor with the re-opening of a previously blocked path. Reducing the extra mileage to just over 1 in total. Most shrugged and laughed, some were very concerned of course. But this is the essence of trail racing. One must finish the course and not the distance. It is never EVER 100.00 miles. Except maybe once. The extra mile is of course, free of charge (the course is usually 101 miles anyway).

At 0930, the runners lined up on a sunny riverside scene in Richmond and it was wonderful to have a mass start back together at this race, it is a great occassion. 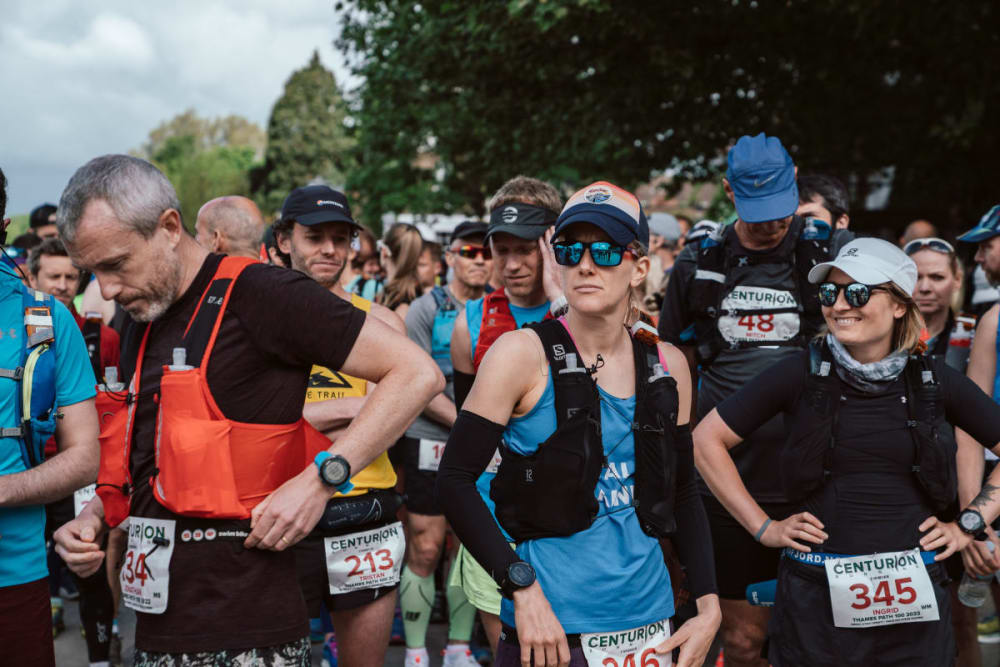 The womens race provided amazing entertainment from start to finish. At the front were Zoe Murphy - previous Autumn 100 champion and Ingrid Lid, who had finished second here previously and has subsequently gone on to lower her 100 mile PB to 15:10 as she has steadily improved.

Both were in amongst the lead group of half a dozen runners from the start, setting a blistering pace. Ingrid Led the early miles before Zoe put in a big effort between Wraysbury at mile 22 and Dorney the 50km mark to run into the lead. The gap between them remainded under 10 minutes all the way to Henley and the 'half way' point of the race where Zoe's 7:12 elapsed was good for a 12 minute lead. Both were clearly working hard in the warm afternoon conditions but seemed to be under control as the potential for a new course record (Sam Amend's 16:00) began to increase. Behind Zoe and Ingrid however, sat Ali Young, one of the UK's most consistent performers over the longer flatter distances in recent years. 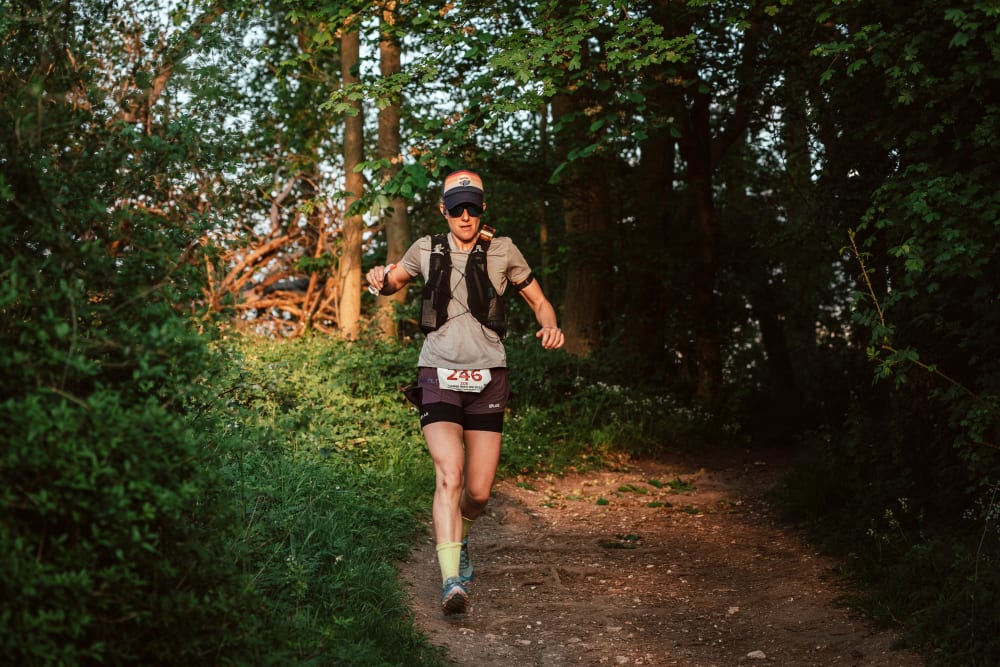 Into the second half, Zoe's gap grew slightly on Ingrid to Goring/ Mile 70 but after that, her pace dropped right off as she faltered. Ingrid was slowing too but not to the same degree and at Clifton Hampden with 15 miles to go, the gap was down to just 6 minutes. That seemed to be all the impetus that Zoe required however, as she dug deep to increase her pace again and found a very strong push over the last 10km to come home in 16:16, the second fastest ever time on this course. Ingrid held her steady second half pace through to the end and came home in 16:44. Ali Young also hit some trouble in the final third but held on for third in 17:38.

The mens race was a very different affair. We always see an incredibly fast start here and this time was no different, with several guys running a low 7 minute mile pace for the first half marathon. It is flat and mainly paved and it is just too tempting for many, not to hammer those early miles. But very rarely do we see that pay dividends towards even the second half of the race. So it was again this time with one runner, Tristan Stephenson, coming through to dominate the day.

Tristan was second at the Arc of Attrition earlier this year and had a very matter of fact approach to this race. He really focused on two things - even paced effort as far as possible and a tilt at Richard Mcdowell's 13:43 course record from the year before. The diversion after Henley added a mile to the course and that was clearly a factor but Tris factored that in and took it in his stride. 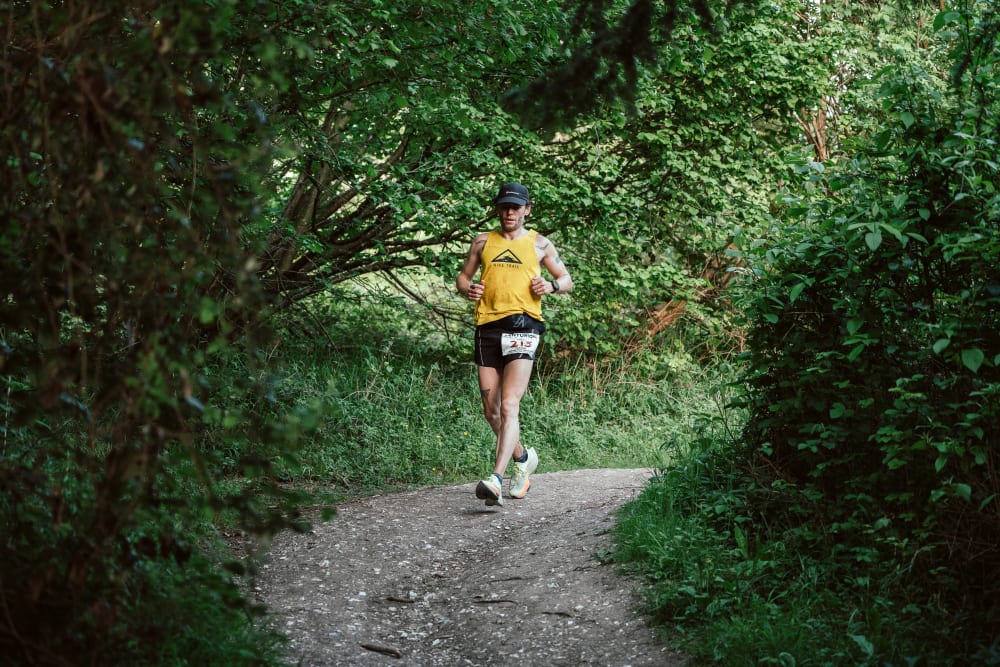 Initially he ran just inside the top ten, but by the marathon mark he was through the pack who were fading already and held his steady pace, set for the day. Metronomic, he came through half way in 6:38, absolutely miles outside of Rich Mcdowell's record splits but cognisant of the fact that Rich faded in the second half. Tristan's plan was to quite simply, not do that. A slight foot issue and a stomach that wasn't as co-operative as it could have been were seemingly the only things that stood in his way. That caused him to slow slightly over the last 50km but most of his miles were still regularly under 9 minute pace and it was clear the record was going to be a close run thing. His competition by this stage were already over 10km in arrears. In the end, he crossed the line just underneath the 14 hour mark with a 13:59:38 for his efforts. With the diversion it was clear he would have been closer to Richard's time but perhaps not under it given the overall difference of a mile, What would have been incredible would have been for the two to have raced each other on the ground. Perhaps some other time!!!

Julien Cazorla went off fast and rightly so given his continual improvement to a 15:02 at the A100 last year. He held second place from CP2 all the way to the finish and whilst he did not have a dream day, his 15:56 was good enough for another podium. Third place went to Tom Kingham in 16:18 who contrary to most of the faster guys, did pace well over the duration. From 15th at CP1 to 3rd by the end. 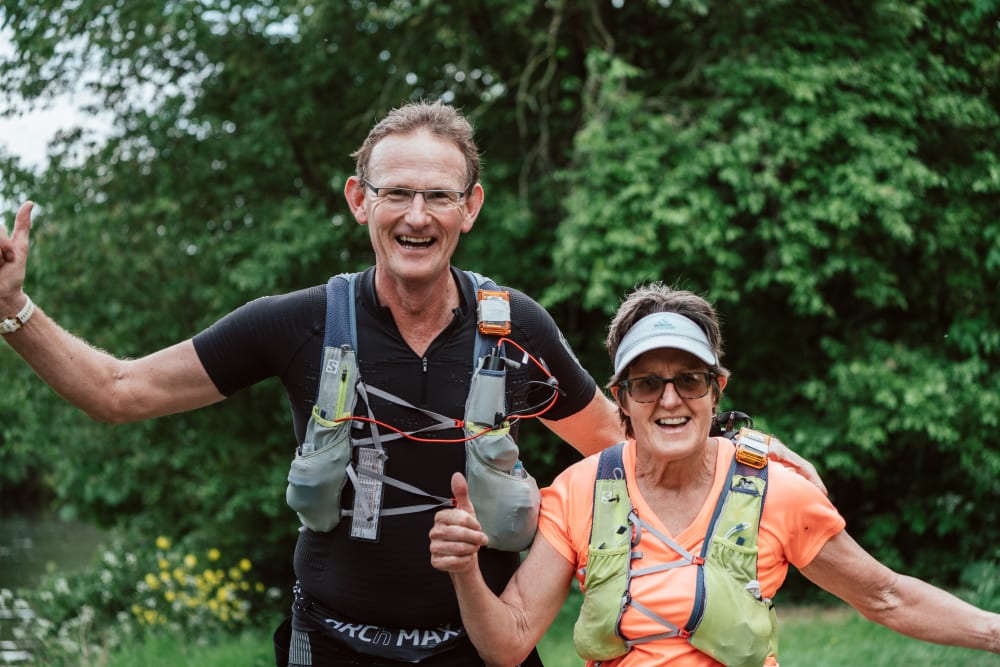 One other fascinating result from the day came from Stewart Dutfield. Finishing close to the cut off in 27:32, he seemed unassuming in his finish, but pleased to make it. Ultrarunning historian Andy Milroy contacted us after the race to let us know that Stewart jumped from 10th to 1st on a very special all time list with this finish, however - the longest duration of any 100 mile career on record. Stewart's first 100 mile finish came 44.93 years ago. We will endeavour to find out more about this incredible devotion to the sport!

Thanks as ever to the 100+ volunteers and staff that made this another successful, safe and well received 100 mile weekend on the Thames. 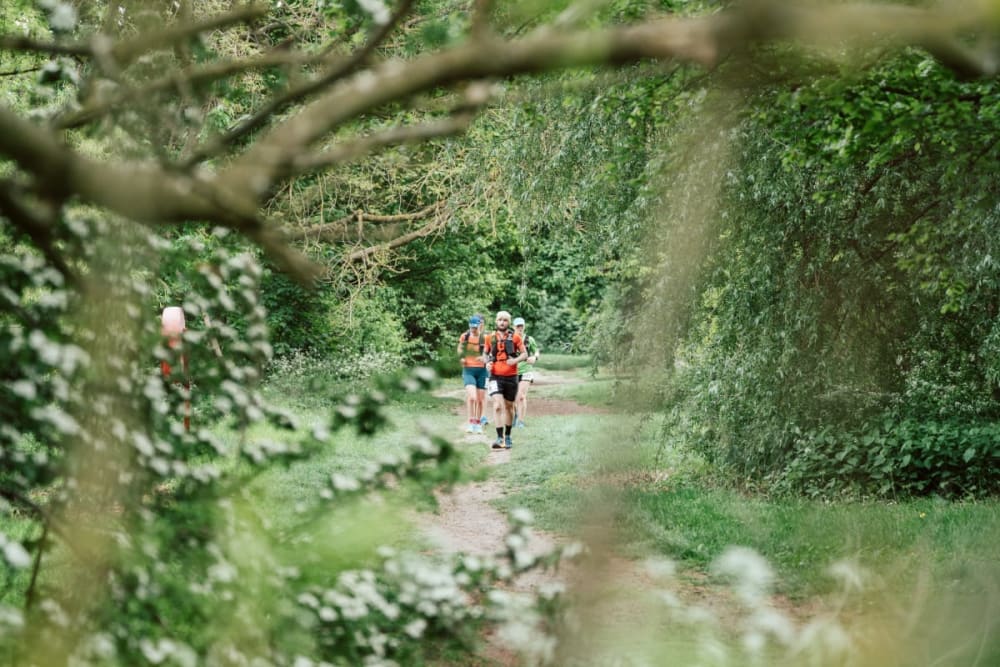 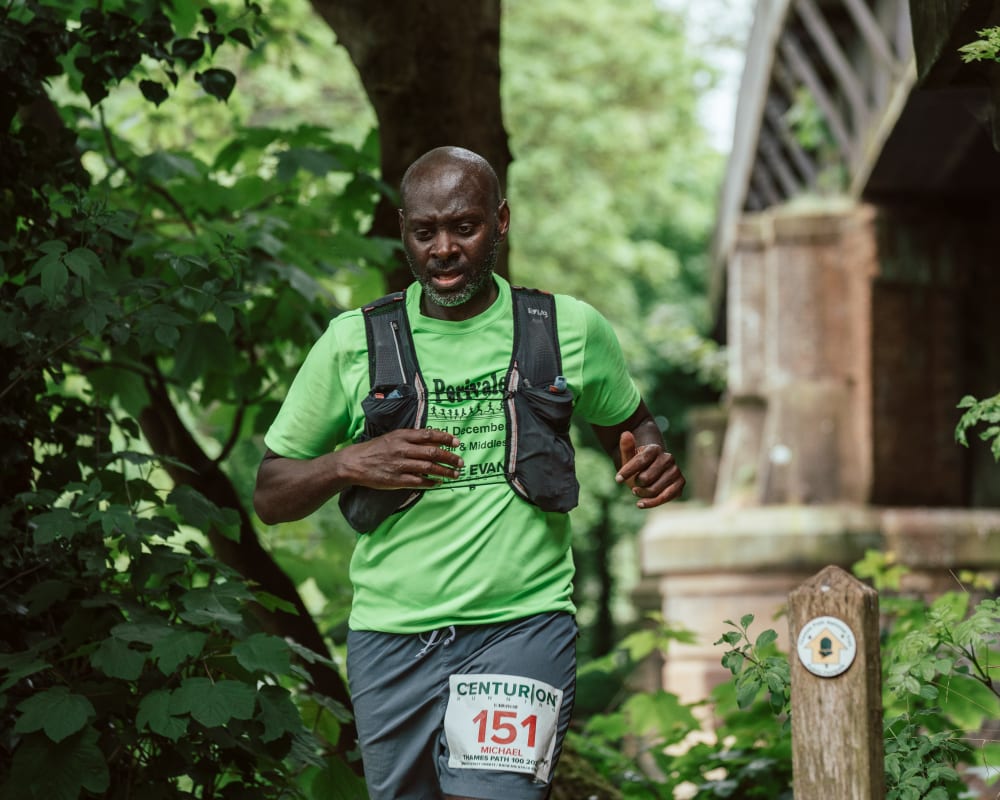 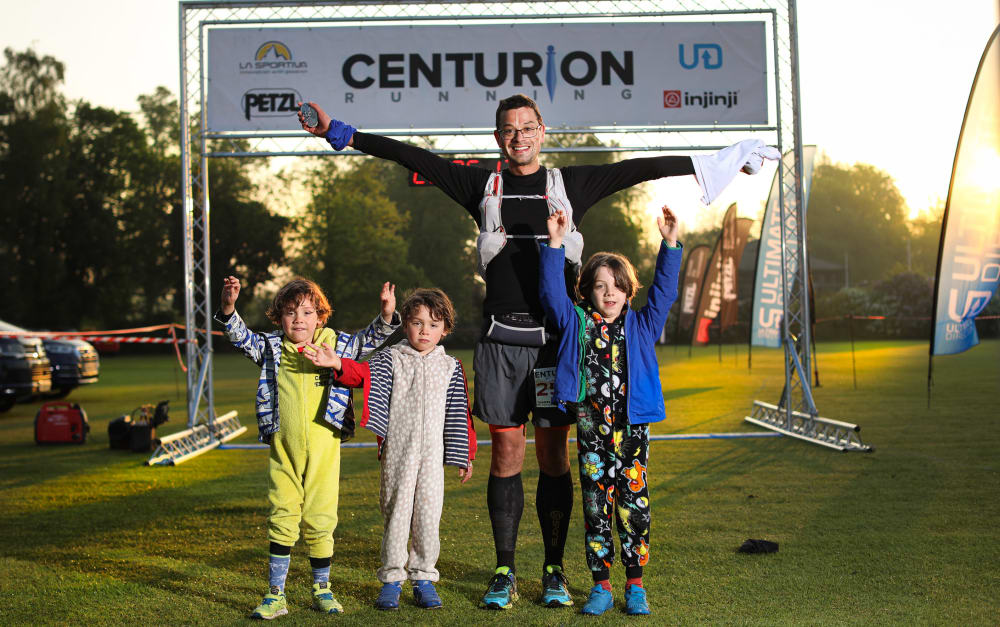 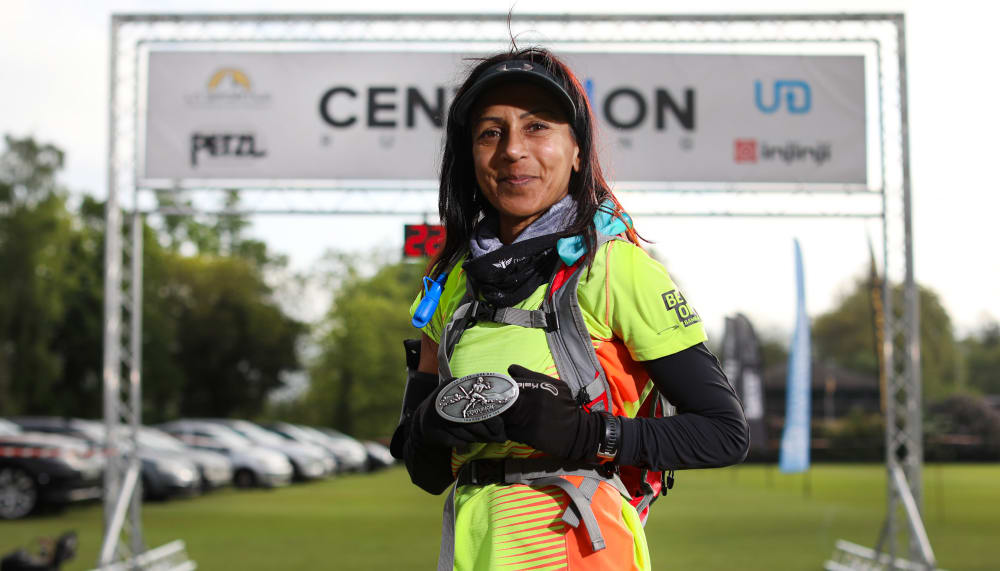 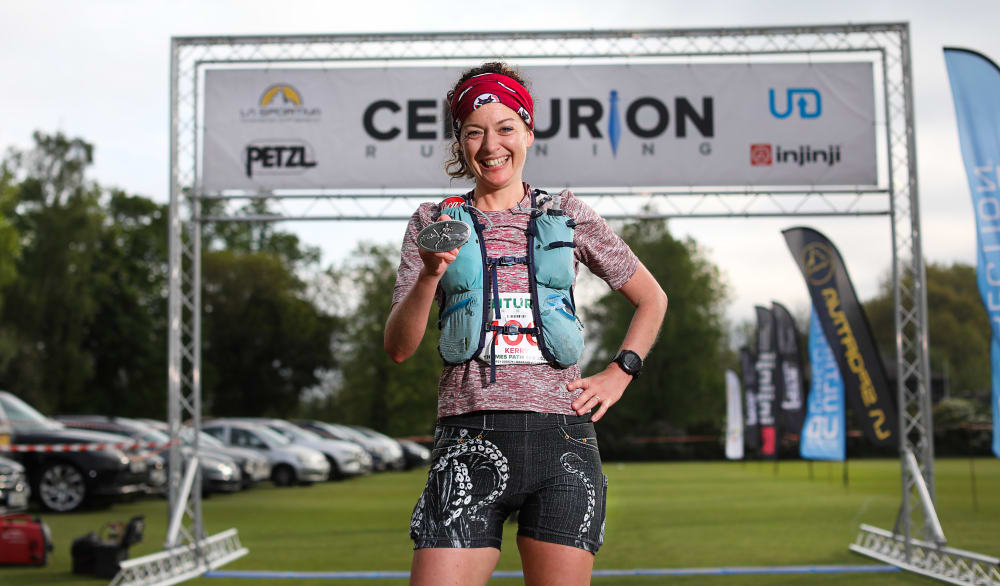 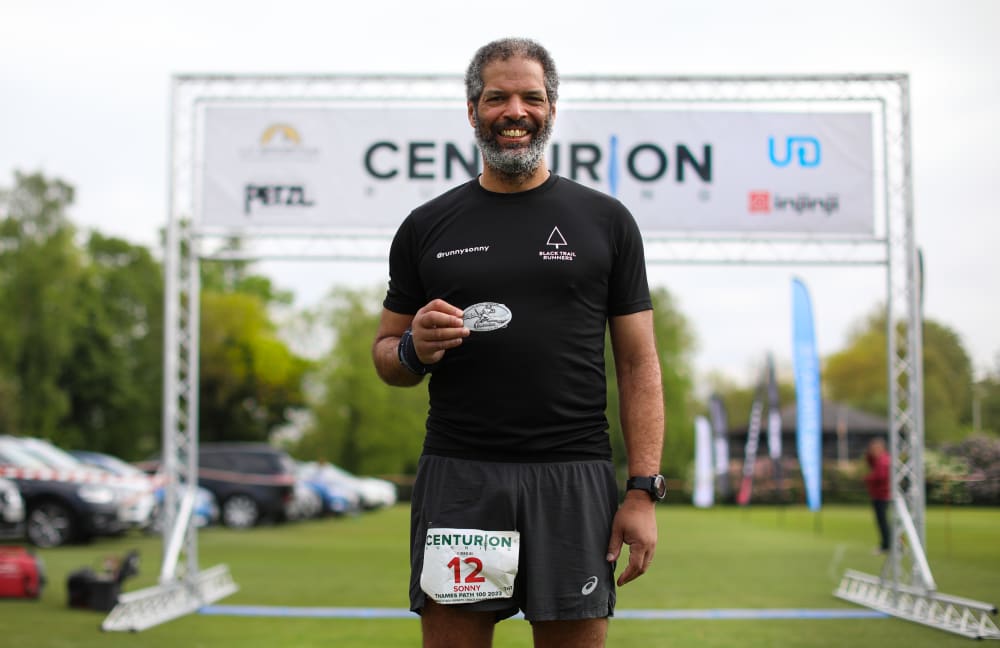