Our tenth and final race of the season for the last time as it moves to July from 2023 onwards, Wendover Woods 50 has a special place in the hearts of many, not least for the staff and volunteers.

This year was no different, with the weather the icing on the cake in making this the perfect end of year celebration of all that is good about the community and this sport. A dry day, dry trails and optimal conditions. In total, 45 minutes of rain in the entire of our 2022 race season is both miraculous and also quite scary for obvious reasons.

A lead group of guys went roaring off of the front and split into two sizeable packs, less than a minute apart. Fiona Pascall, lead lady right from the gun, had clearly decided not to get caught up in the excitement and stuck to her own race plan, running just inside the top twenty. We knew from experience we were going to enjoy  seeing how many runners she could reel in over the upcoming 45 miles. 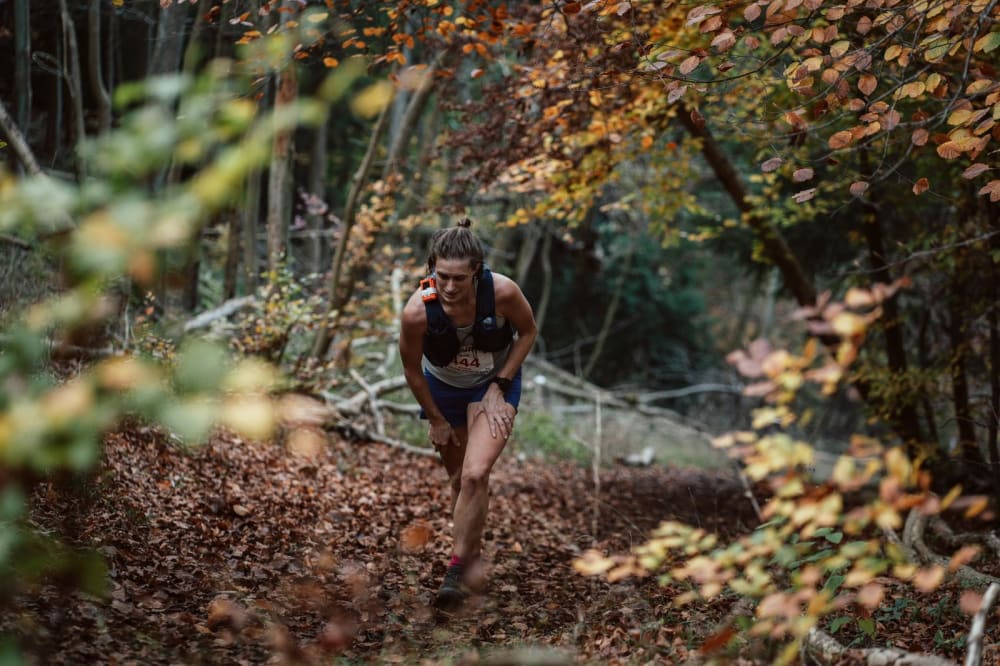 Fi's Lakeland 24 hour record earlier this year was a performance the likes of which we rarely see from runners at our events. Wendover Woods 50, because of the course profile - 10,000ft of climb and descent on steeper woodland trail, does attract a different runner than those we might ordinarily see. When we get an athlete of Fi's class come to race it is always hugely exciting.

She seemed to smile her way through the entire race, polite and thankful to the volunteers whilst being extremely efficient grabbing just what she needed and barely breaking stride through the check points.

Her win in the womens race was a formality and in the end, hers was a massive new course record in a time of 8:33:44.

She eventually passed most of the guys too, moving up their leaderboard from 13th, to 11th, to 6th and into 5th going into the final lap. From there she motored her way through to third with 2km to go. A hugely impressive win and run, in a race which was undoubtedly not her target event! 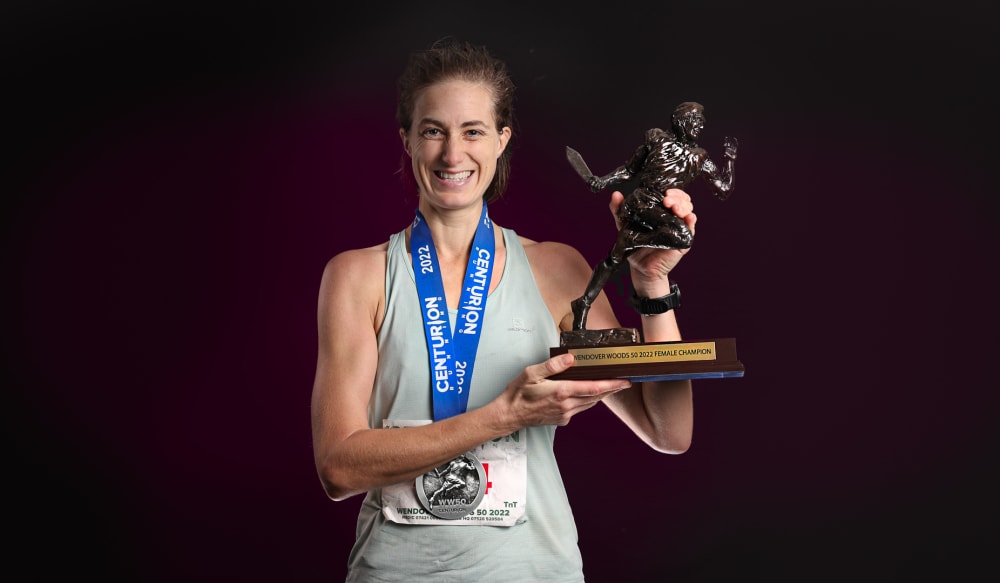 Behind Fi, Una Miles impressed all day with her positive energy and battling style. Una held second place for the entire race, crossing the line in 9:34 for second. Rounding out the podium, third place and her first Centurion top three went to Team GB 24hr runner Sophie Power in 9:43 - again she held her position all day. Three extremely solid runs to take the womens podium places. 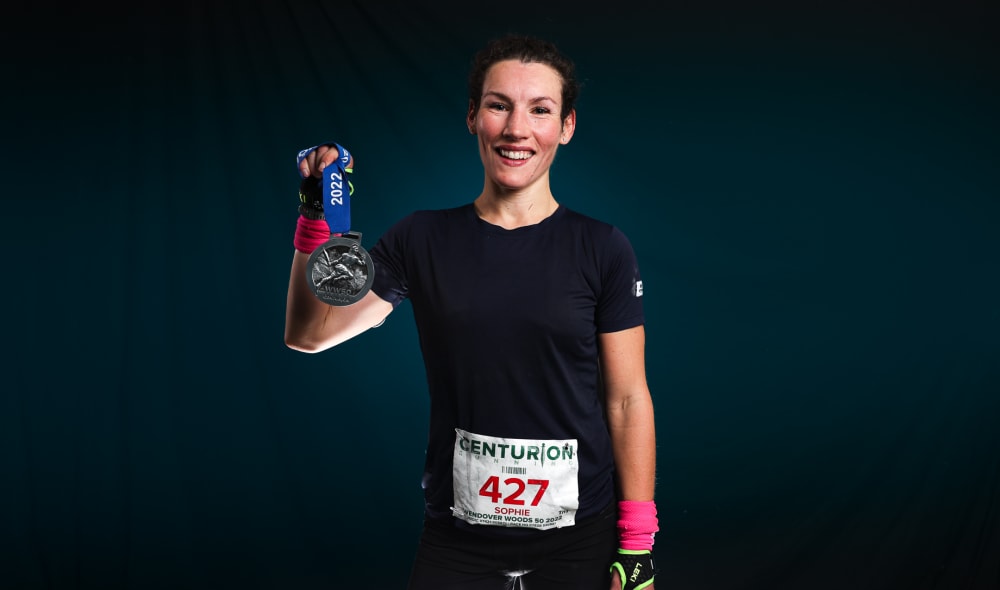 The mens race was as previously described, a tough battle before the inevitable fragmentation. Through the entire first lap you could have thrown a blanket over the first six guys. But in the long run, literally, only two of those would hold pace and persevere. Both had travelled from further afield and the hillier north to take part in this event. 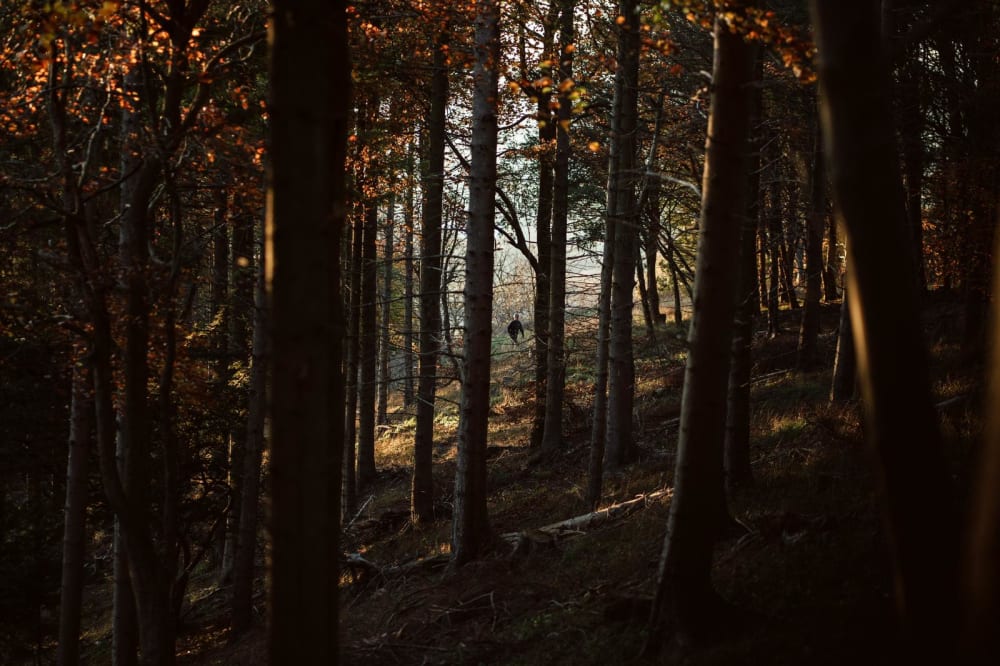 Over laps 2 and 3 as the field began to spread and thin out, Pierre Meslet and Tim Bradley duked it out up front whilst Jamie Rutherford sat just behind. Before Jamie ran through into the lead as Pierre stopped to take care of some issues, a position the first time Centurion runner was then able to capitalise on and hold through to the end. He ran through to a fantastic win in 8:05. Worth noting that much like Fi, he also stopped (literally) to thank course marshals and volunteers on the way round his final loop. A classy run for a top guy. 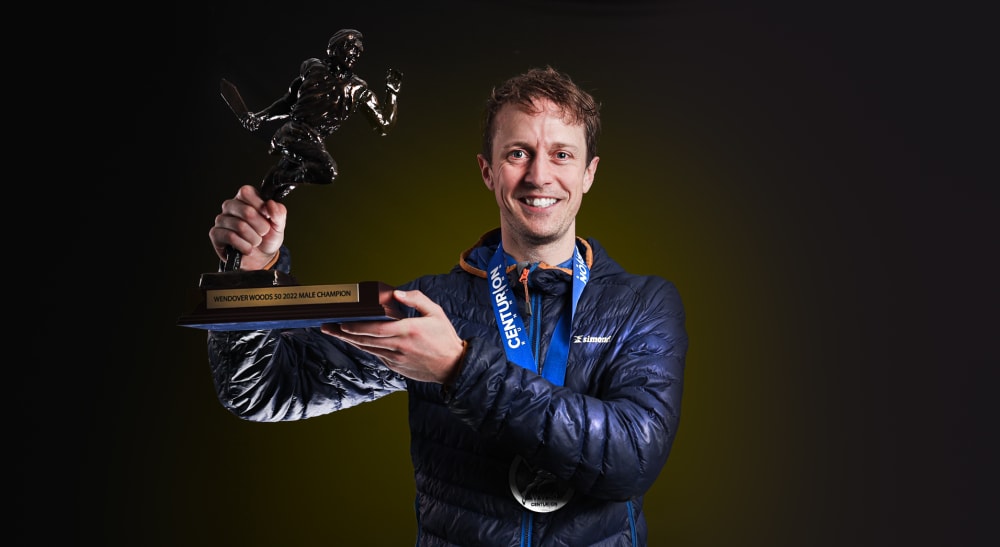 Scott Newburn, also racing with us for the first time, played a good tactical game and ran through to second place just a kilometre or so into the start of the final loop and held on for second in 8:20. Pierre Meslet took a fantastic third in 8:35.

A new Grand Slam 50 mile champion was crowned and as predicted it was the same man who won the 100 mile slam. Mark Lynch has had the most exceptional season and deserves a well earned break! 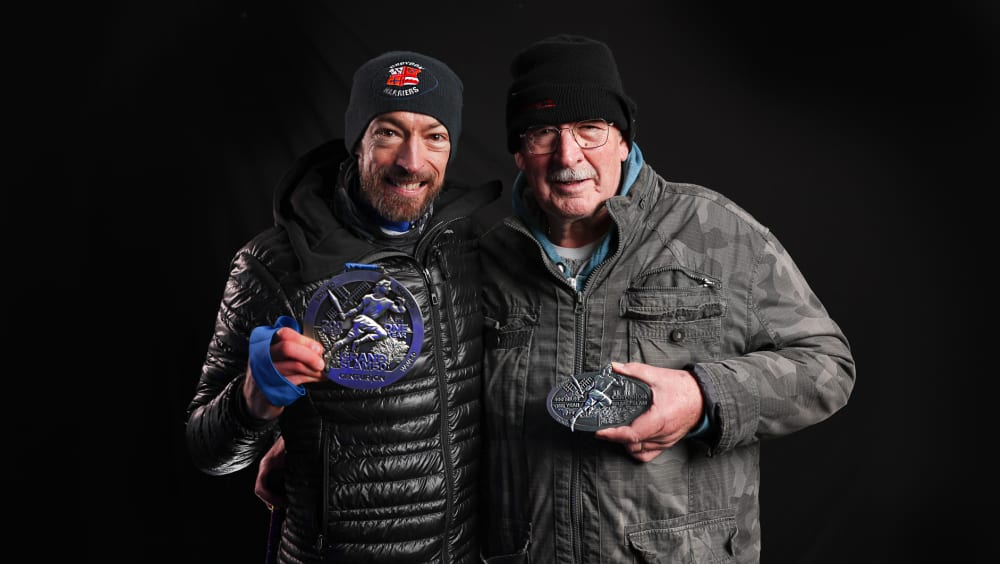 In the Age Categories, Stacey Sangster picked up first FV40 with fourth overall in the womens event in 9:59. The FV50 award went to Claire Howard in 11 hours flat, a huge age group course record.

In other news for this race, we must mention Luigi Fumero who continued his streak of finishing every edition of the WW50, with a sixth finishers medal, his 24th 50 mile finish with us and a fifth Grand Slam.

Also deserving of a mention, the indomitable Lesley Lewis who some of you will remember as missing the cut off here last year, by 3 seconds. She came back and ran a hugely impressive race to come home in 14:25 and clear the monkey from her back! 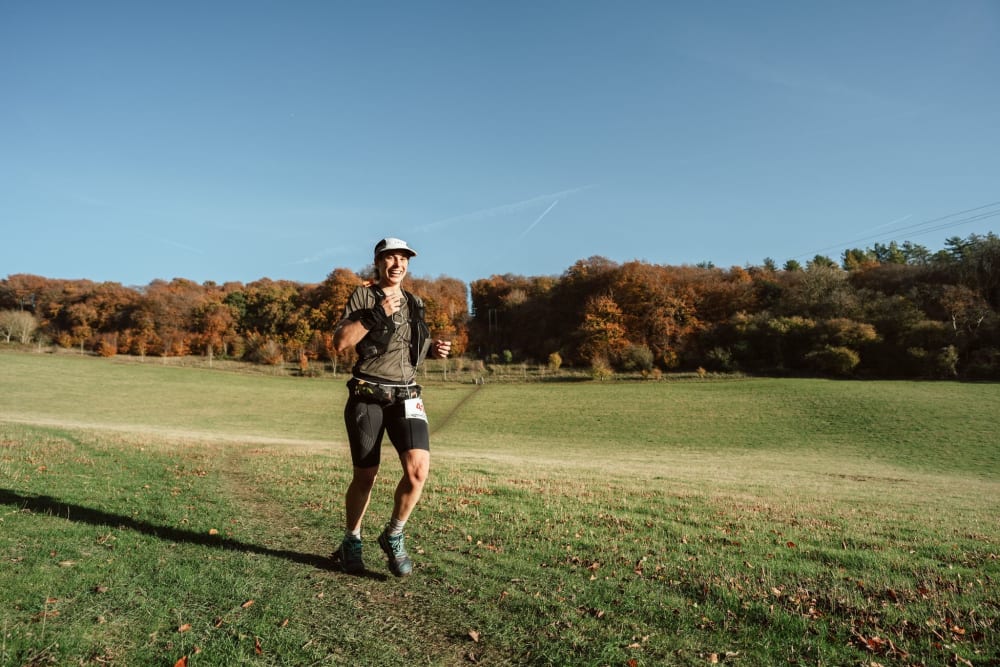 The race comes back in July next year, as part of our Wendover Woods Weekender, alongside the 100 mile, the Night 50km and the brand new 10 mile and kids events. Entries are open now so check out all of the details here.

A huge thanks to our volunteers as always, whether at the main Marquee, down at Hales Kitchen, the half way aid station, marking or sweeping the course, or stood out for hours on end in the woods course marshalling. Nothing is possible without them!

See you all in 2023 and thanks to everyone who played a part in making this another wonderful year at Centurion. 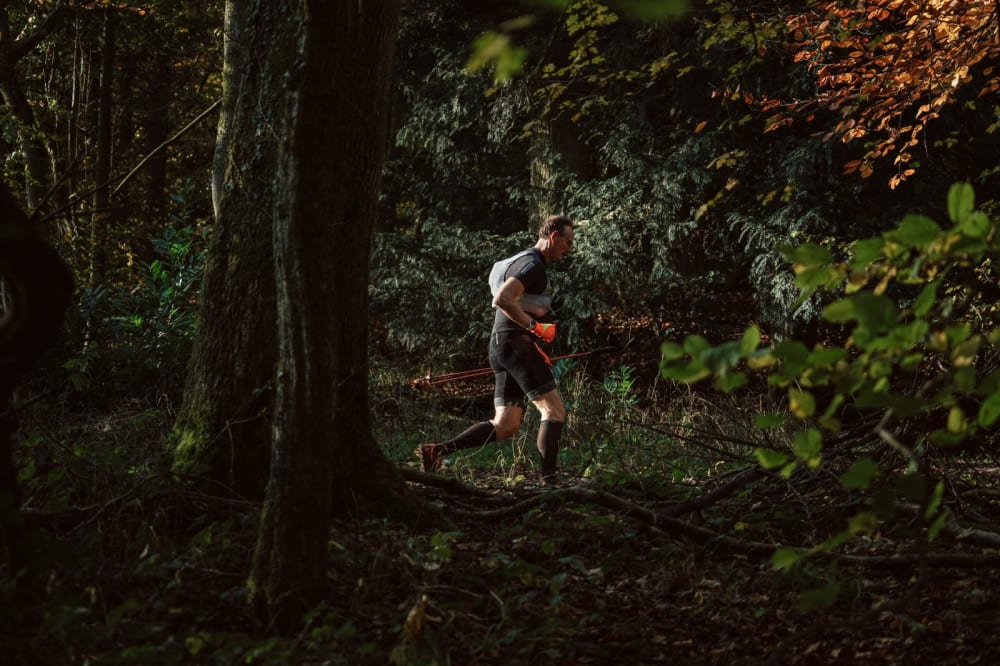 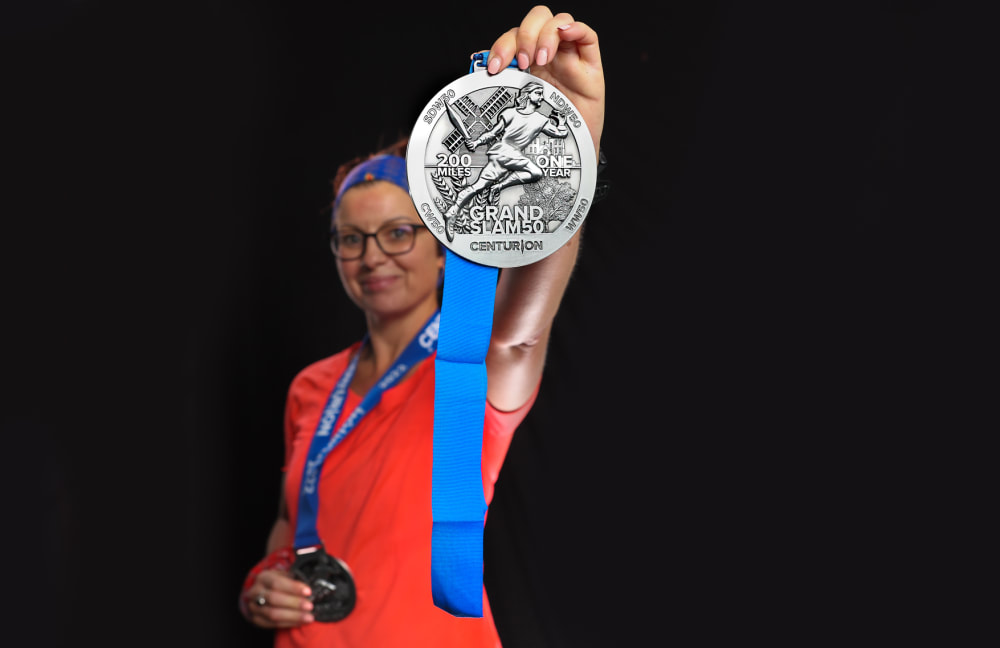 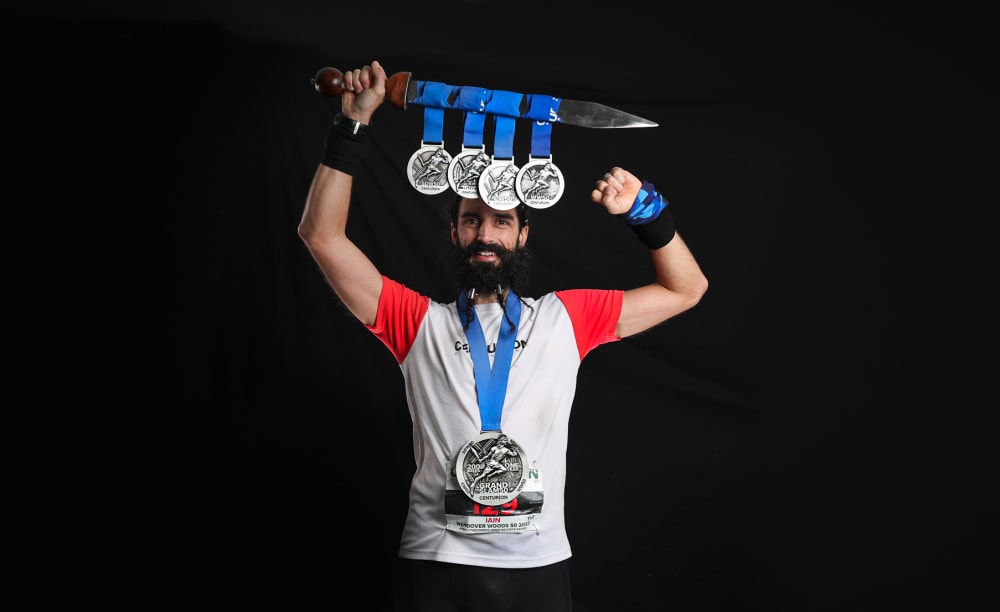 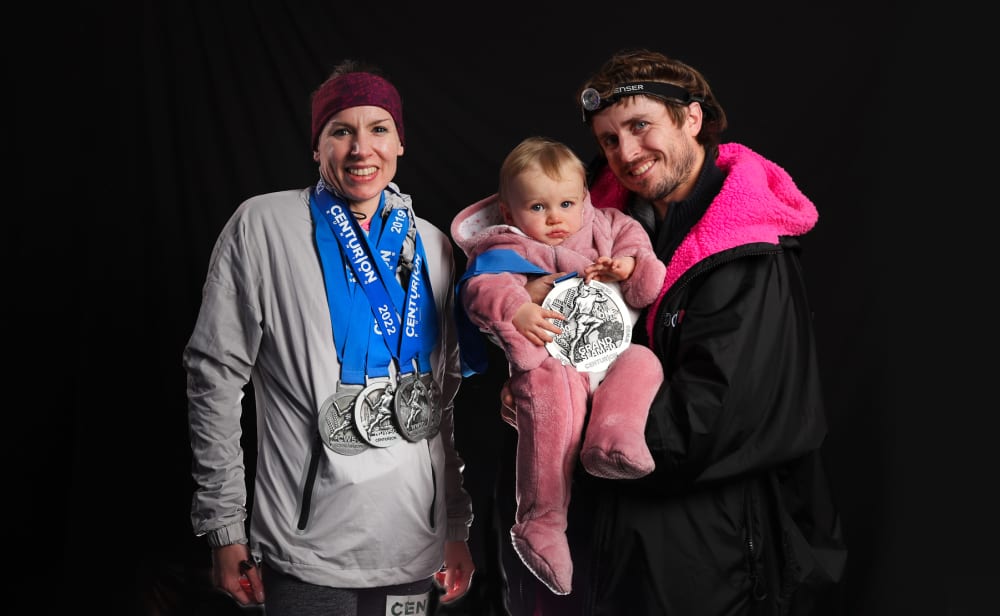